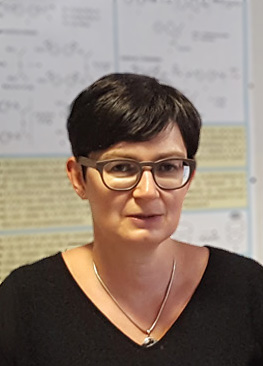 Sophie Fourmentin was born in Bar/S/Aube (France) in 1968. She received her pH.D. degree in organic chemistry from the University of Lille in 1994. In 1996, she became Assistant Professor at the University of Littoral-Côte d’Opale in Dunkerque. She developed a new subject area based on “Applications of cyclodextrins in the remediation of organic pollutants”.

In 2006, she completed her HDR (authorisation to supervise research activities) entitled “Cyclodextrin/organic pollutants inclusion complexes: Characterisation, and application to volatile organic compounds remediation”. In 2008 she was promoted Professor, and she managed the Laboratoire de Synthèse Organique et Environnement until 2010. From January 2010 to December 2019 she supervises the Supramolecular Chemistry team in the UCEIV laboratory. Since 2015 she is the director of the Industrial and Commercial Activities Department (SAIC) of the university. She is actually Adjunct Professor at Aalborg University.

Her current research studies lie at the interface between host/guest chemistry and environmental chemistry. They cover development of analytical methods to characterize host/guest inclusion complexes and development of innovative remediation technologies using green adsorbent. Her experience in the characterization of host/volatile guest complexes has been extended to the study of flavours and essential oils encapsulation, for food, fragrance or pharmaceutical applications.

She developed recently new deep eutectic solvent with supramolecular properties for the solubilisation of VOC and bioactive compounds.